Karachi Tape Ball Premier League (KTPL) is a fast format league with a whole different format of tape ball cricket in the country, this tournament has been launched to set up additional opportunities for players and elevate local street cricket. KTPL aims to develop and foster this local sport within Karachi and create an international standard event. 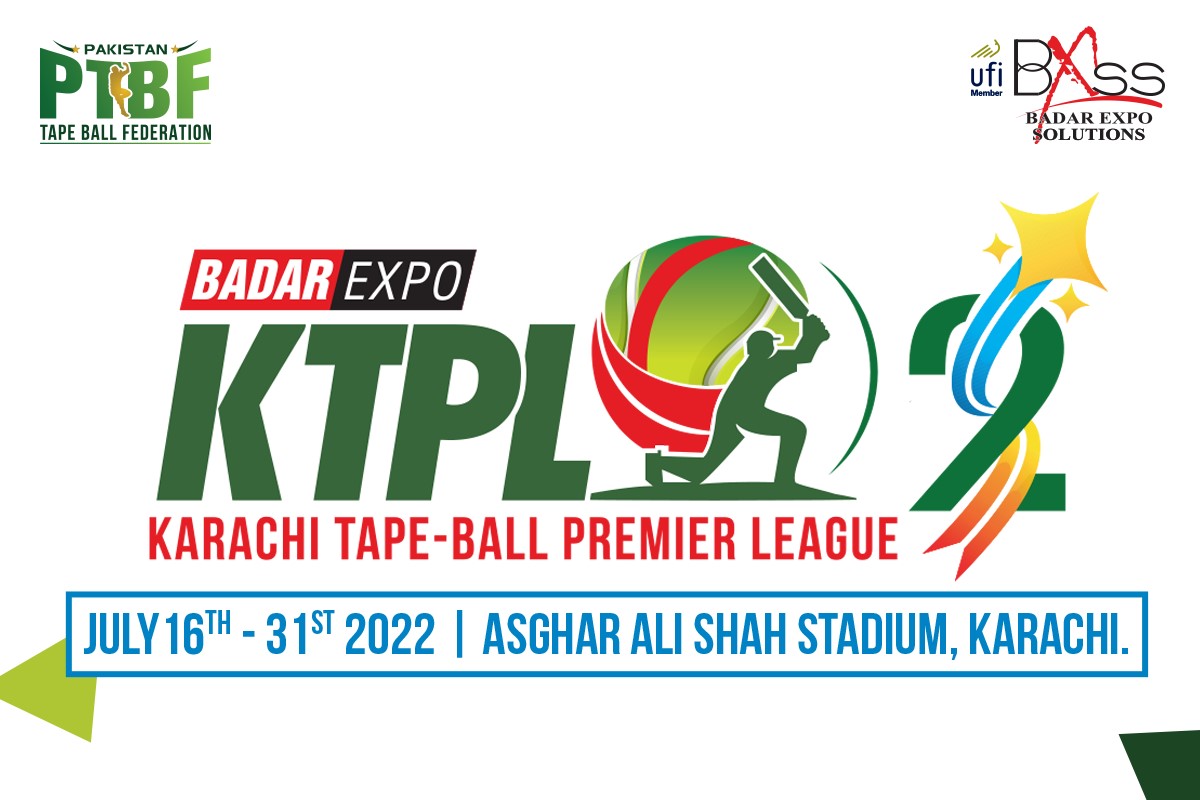 The first season of KTPL was inaugurated in 2022 by Dr. Arif Alvi, President of the Islamic Republic of Pakistan in a grand ceremony held at President House, Islamabad.

The tournament’s season 1 was an eye-catching event for the cricket fraternity of Pakistan. as it was held under the guidance and supervision of legendary cricket stars including Pakistan’s former Test captain Javed Miandad (President - KTPL), other legendary cricket stars including Haroon Rasheed, Tauseef Ahmed, and Sadiq Mohammad as Senior Vice-Presidents were the backbone of this tournament.

The league is comprised of eight teams with 15 players per team, while the playing eleven will be from the selected 15. The concept behind the team selection was to highlight emerging talent from each area of Karachi. Teams in the event included FB Fighters, Clifton Ghazi, DHA Dabang, Lyari Legends, North Nawab, Gulshan Gohar, Malir Malangs, and Johar Jawans. The 12-over match was divided into 4 innings format where 2 innings of 6 overs were played by both teams.

Karachi Tape Ball Premier League broadcast rights were originally held by its official Media partners including Geo Sports, B Sports, Badar Television Network (BTV), while Maq TV – US was the official international distribution partner. The tournament for its first-ever edition in Pakistan was covered by more than 35 social media channels and accomplished milestones of 300 million reach globally including countries like India, US, Caribbean islands, Bangladesh and Pakistan.

The league is managed by Badar Expo Solutions, A leading event management company in Pakistan with more than 20-years of remarkable experience in the field. Season – 2 of this event is scheduled for July 2022. Stay tuned for the upcoming event.